The third rule of success: be yourself

We are all doomed to success, we just have to figure out which is our success. Each one has his own! Perhaps you have used to think that success is to be rich or famous, but if you can look a little more inside you will understand which is your success and will gain more awareness and serenity.

The third tip I want to give you today is just be yourself!

Always be yourself even when the desire to imitate someone takes over. Imitating is like resigning yourself  to others. To imitate is to accept that you are not able to think with your head!

I’m not saying that it is wrong to imitate at all, rather I believe that if someone is very good at doing something we should imitate, but we should not forget our nature: not everything can be imitated.

You’re different from the others, and for this fascinating. You’re different and that’s why you want to know other people, meet, fall in love, because your diversity makes you unique, charming, mysterious . To imitate, hiding your qualities, drives off you from the goal.

Dr. James Gordon Gilkey says “this problem of being willing to be yourself is as old as history and as universal as human life” and Angelo Patri , who written dozens of books and hundreds of articles on the education of the child says: “Nobody is so miserable as he who longs to be somebody and something other than the person he is in body and mind” [from the book “How to stop worrying and start living”] 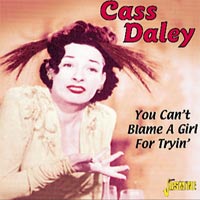 Cass Daley had very bad teeth and tried not to show them covering  themselves with the result that even her vocal performances were lackluster and not at good level. One day a producer convinced her that to sing well she was to be herself and not be ashamed of her teeth. She started to sing as he had ever done and from that moment she didn’t feel ashamed of her teeth anymore: finally she was herself and could continue her road to success!

Be willing to accept yourself as you are without wishing to transform your being. Be ready to deal with the diversity with love and not appreciating jealousy or envy.

The Greek culture and philosophy are always full of simple wisdom as the story of Aphrodite and the cat written by Aesop: “Once upon a time there was a young man who fell in love with a cat. The cat was very beautiful, and the young man wanted to marry her. He knew, however, that a man can’t marry a cat. In desperation, he prayed to Aphrodite, the goddess of love, begging her to change the cat into a woman. Aphrodite was moved by the man’s prayer and did as he asked: she changed the cat into a woman. The man was delighted when he saw the woman and immediately asked her to marry him. The woman agreed, and they were married that very same day. Filled with joy, the man took his bride home and invited all his friends to attend their wedding feast. Meanwhile, Aphrodite was curious about this woman: did she have the soul of a woman or the soul of a cat? The goddess decided to perform a simple test to find out. While the bride and groom were presiding over the wedding feast, Aphrodite sent a small mouse scurrying across the floor. As soon as the bride saw the mouse, she jumped up and chased after it, running on all fours like a cat and meowing very loudly. The guests were shocked by the bride’s behavior, as was Aphrodite. The angry goddess turned the woman back into a cat, and the poor man was left without his bride.”

The story of Aesop teaches us that we are what we are and our nature comes out sooner or later .
We evolve and adapt to situations, it is normal, but we must not change our nature.

Do not delude yourself, do not let yourself be influenced by those around you . You are unique and you have to go on your way in search of success, creating new horizons, new scenarios, new projects that make your life special. Exceeds the limit of your feelings and loved with awareness and you will be rewarded by the love that makes wise the strong and weak helpless.

It’s not easy to figure out who you are or exceed your beliefs about yourself. To help us do this we can do a little game: answer the question “if I were” and then associate a feature to each answer, for example: “if I were an animal” à “dog” à “faithful”

Do you find yourself in the characteristics that you’ve written?

Try to exploit your strengths and not worry too much about your weaknesses, accept them , grab and try to take cognizance of them, soften them. You will not ever be perfect, but you can always improve!

This is the third tip for your success. If you have not already done so read the key of dreams and passion not to miss the fourth advice!

Do you believe in your success?

One step away from success

The 5 rules of success

What to do after high school, 3 mistakes...

How to recognize the anxiety disorders

[…] This was the second piece of advice for your success. If you have not already read the key of dreams do it and do not miss the next tip! […]

[…] passion, and being yourself are the first three keys to personal success, but they are not enough by themselves. If you lose […]

[…] advice for your success, if you have not already done so, please read the key of dreams, passion, be yourself and be […]

This website uses cookies to improve your experience while you navigate through the website. Out of these, the cookies that are categorized as necessary are stored on your browser as they are essential for the working of basic functionalities of the website. We also use third-party cookies that help us analyze and understand how you use this website. These cookies will be stored in your browser only with your consent. You also have the option to opt-out of these cookies. But opting out of some of these cookies may affect your browsing experience.
Necessary Always Enabled

Any cookies that may not be particularly necessary for the website to function and is used specifically to collect user personal data via analytics, ads, other embedded contents are termed as non-necessary cookies. It is mandatory to procure user consent prior to running these cookies on your website.